Economic cycles typically last several years, not entire decades. But this one is different. Not only is it already the longest on record - at 10 years and counting - but, according to the latest Fidelity Analyst Survey, it is set to continue despite a decline in management confidence. With little sign of the usual late-cycle imbalances in services, even as manufacturing has languished in recession, can we even call it a cycle at all?

After correctly predicting an end to synchronised growth in 2019 but no recession, our analysts believe the business environment will improve, but only slightly and at a slower pace. Recession again appears to have been postponed, at least until 2021, thanks to low interest rates, recovering global trade and a still-strong consumer. Only 36 per cent of analysts report that their companies are preparing for the end of the cycle, down from 49 per cent a year ago. Instead, Fidelity analysts anticipate a calmer 12 months for corporate fundamentals in aggregate, even as geopolitical risks remain and the full impact of the coronavirus is still unknown.

The analysts took the survey in December, and made their assessments based on some 15,000 meetings with corporate managers. But the impact of the coronavirus on Chinese economic growth, and the global economy, has since become impossible to ignore for investors. It is possible that the spread of the virus, and the efforts to contain it, may have a negative effect on global growth. Some sectors, such as travel, in-person retail, and gaming, have been first in line to take a hit to activity as quarantine measures took effect.

Beneath the surface of the Analyst Survey results, however, the picture is more mixed. Some sectors such as healthcare appear robust, while others like industrials continue to weaken, perhaps even bottom out, as their sharper, shorter mini-cycles play out within longer, late-cycle dynamics. While the survey reflects some broader market expectations, it reveals two big surprises: more companies plan to add headcount than last year, without triggering high inflation, and many more companies across all regions are embracing environmental, social and governance (ESG) factors, with utilities emerging as a climate-related investment opportunity.

The Fidelity Sentiment Indicator - an aggregate measure of the outlook for corporate fundamentals among our analysts - demonstrates how the corporate environment has changed. It combines our analysts’ views of management confidence, balance sheet, capital expenditure, return on capital and dividend trends over the next 12 months. This year, the survey received 179 responses from 152 analysts (some analysts cover multiple sectors). For 2020, they predict a small expansion in overall corporate activity, albeit at a slower pace than 2019.

Chart 1: Sentiment is down on last year, but still in positive territory

Despite this flat overview, we find considerable differences at sector and regional level. For example, corporate performance in China continues to moderate but at a much slower clip than last year. Analysts report that company managements believe further policy direction by the Chinese authorities - beyond intervention to mitigate the coronavirus - will help cushion a decline in economic activity. The outlook for US corporates is flat, having previously led the global expansion, while companies in Europe and Japan look set for a better year.

From a sector perspective, the consumer industry is mixed, with staples marching ahead while discretionary struggles, albeit less than last year. Energy and materials remain weak, while industrials continue to slide. However, our analysts expect to see signs of recovery in certain industrial subsectors over the next 12 months. Healthcare looks set for another robust year, with more corporate merger and acquisition activity than elsewhere. Most M&A is expected to be bolt-on acquisitions, though more analysts are forecasting major strategic M&A in the sector than last year.

Analysing the key components of the Sentiment Indicator gives us a more nuanced view. One element that contradicts the positive headline number is the year-on-year drop in management confidence, similar to that in 2016. This is perhaps due to late-cycle caution and continued geopolitical uncertainty. Offsetting managements’ gloomier mood are year-on-year capex growth (up 1.8 per cent according to Fidelity estimates) - as companies continue to invest in their businesses - and expectations that balance sheets will be well-managed, given low interest rates and opportunities to restructure. Just as in previous years, however, the biggest upward kicker is dividends: our analysts are forecasting that current high levels are likely to be maintained.

Investing for growth, as ESG moves up the agenda

A closer look at capex reveals that companies are planning to invest more in growing their businesses than in maintaining them, compared to last year, as they seek to capitalise on structural trends. Energy and utilities are seeing the biggest increase in the proportion of growth investment, amid a jump in ESG interest across all regions, driven in part by climate change and the need for low-carbon technologies.

With more growth-driven investment, our analysts expect more companies to raise capital in the next 12 months - around 38 per cent of companies globally compared to around 30 per cent last year. However, while interest rates remain low, analysts do not see this as an indication of stress; default rates should rise only slightly. The expected wave of US bond maturities and associated refinancing, which could squeeze lending conditions, does not start until 2021. Indeed, balance sheet management scored highly within the overall Sentiment Indicator and analysts expect leverage will fall in 2020.

Fears of recession have certainly subsided since early 2019, especially in China where 73 per cent of analysts say companies are not preparing for the end of the cycle, up from 30 per cent last year. In some ways, companies are reacting to late-cycle dynamics, for example. by borrowing less.

Of course, the grey swan of the coronavirus may upend this optimism. Chinese on-shore and off-shore markets fell sharply at the start of the year as concerns over the economic impact of the outbreak spread to investors. Markets, investors and companies alike are all averse to uncertainty. And the full extent to which the coronavirus outbreak has an effect on corporate activity is uncertain and won’t be known until the disease is contained and controlled.

But the survey’s capex readings and a surprise spike in planned headcount across all sectors and regions (despite already low unemployment) suggest that many companies feel the cycle can be prolonged.

Chart 3: No end in sight for this long cycle

Q. Are your companies reacting to indicators associated with the end of the economic or market cycle?

This is not unreasonable given loose monetary policy and speculation around fiscal stimulus. In fact, our analysts forecast that fiscal stimulus will have a bigger positive impact in 2020 than in 2019, with infrastructure spending cited as having the largest potential effect on company fundamentals. Such stimulus is already underway in Asia and is likely to happen in the US eventually, irrespective of who wins the 2020 election. Europe may move more slowly, but as the decade of austerity fades, public investment should increase. Even so, inflation does not appear to be a concern for 2020, with 81 per cent of analysts believing cost inflation will not be a problem for companies.

While much of the survey focuses on 2020, it also captures the progress of longer-term trends. Corporate regulation, for example, has been increasing in recent years, especially around data privacy, health and the environment. It looks set to jump again in 2020, with 55 per cent of the analysts expecting regulation to increase this year, compared to only 32 per cent last year.

Demographic changes also feature. This year, our analysts expect ageing populations to have a more balanced impact on companies than in the past, when it was predominantly viewed as negative. As we enter a new decade, companies are adapting to the needs of an older population, with IT and healthcare the greatest beneficiaries.

Chart 4: Older population has more balanced impact than before

This ability to adapt, combined with favourable policy conditions and the increased emphasis on ESG, is making the global corporate outlook appear more balanced than might have been expected last January, even as this seemingly endless cycle creeps onwards. 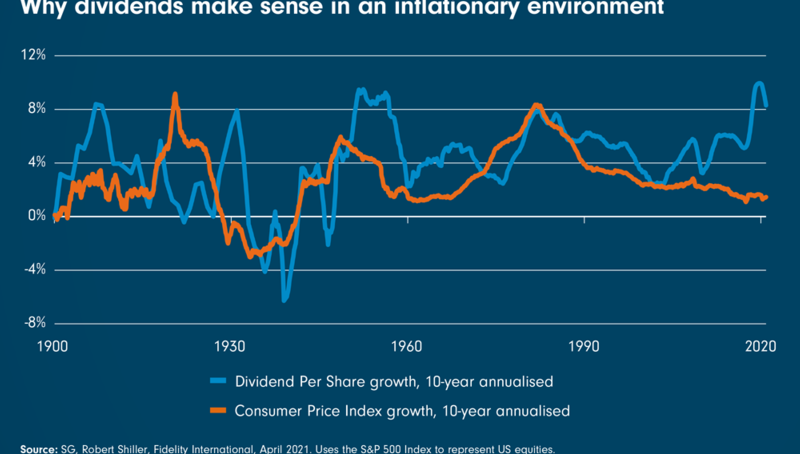 Why dividends make sense in an inflationary environment 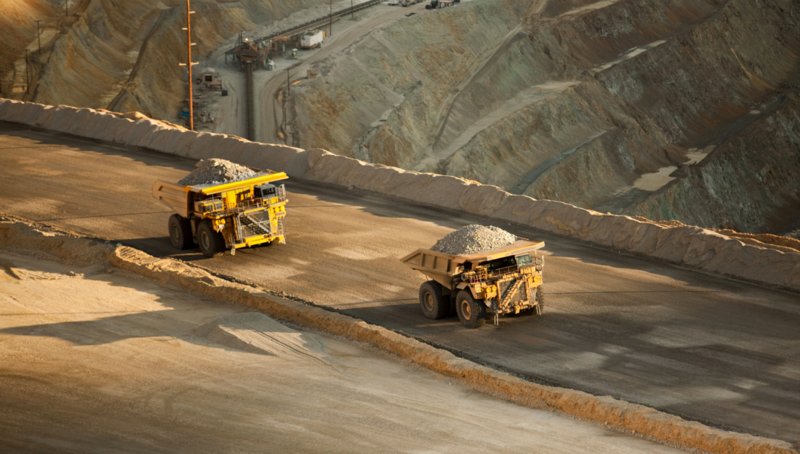 Are we in a commodities supercycle? 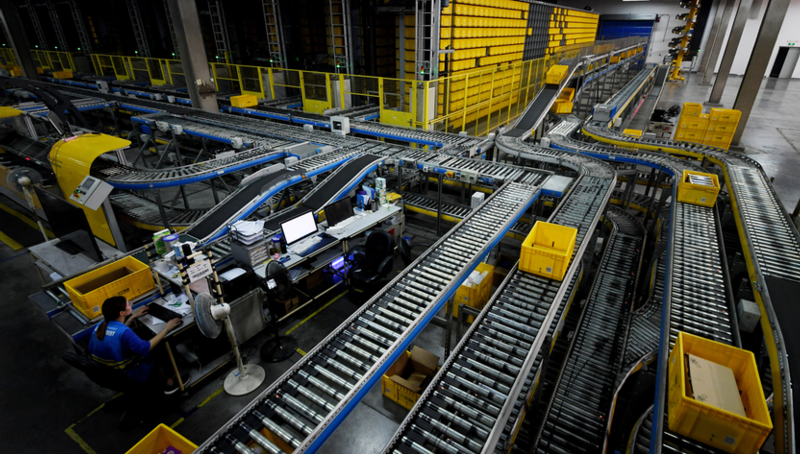 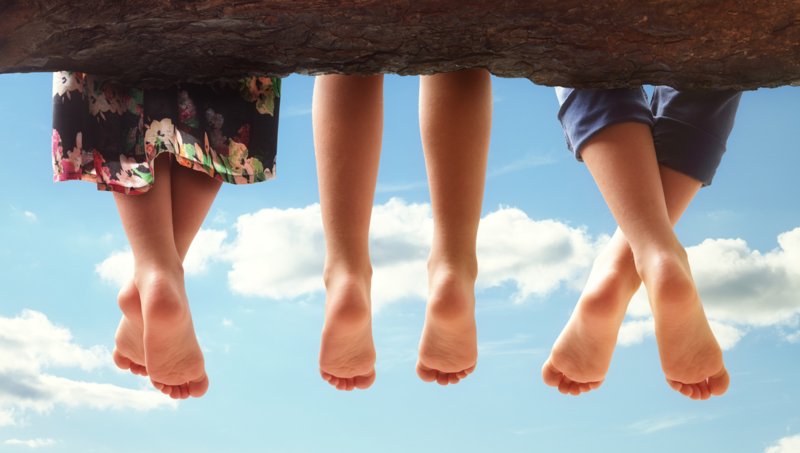