Worries about the ongoing Russia Ukraine war, snarled supply chains, rising inflationary pressures and fears about possible recessionary slowdown have resulted in weakness across markets. We look at recent market developments in what has been a challenging environment for fund managers, as well as where opportunities are now beginning to emerge.

A dramatic market correction like the one we have just seen can be a humbling experience for fund managers. To the end of last week (20 May 2022) the NASDAQ index, a bellwether for growth investors, had fallen nearly 30% from its high in November last year and 20% in the short time since the end of March1.

Smart observers put the blame on rising bond yields (and rising real yields in particular) which mathematically devalues earnings further out more than near term earnings. "Jam today" becomes more appealing relative to "jam tomorrow". So, valuation spreads within the market tend to get compressed - which is what we have seen.

But there can be little doubt that the massive monetary stimulus thrown at markets caused distortions and an element of euphoria that we haven't seen since the heady days of the tech bubble in 2000. Not only did we see enthusiastic participation by retail investors in the US, but we also saw brokers falling over themselves to justify stratospheric prices with creative valuation techniques.

It is worth revisiting what happened some twenty years ago. NASDAQ peaked in March 2000 and did not reach its subsequent absolute and relative lows until the fourth quarter of 2002 (albeit after the shock of 9/11 and a couple of negative quarterly GDP numbers). The whole cycle lasted for around five years. From start 1998 to end 2002, the NASDAQ managed to underperform the S&P 500 Index, unwinding the 150% outperformance seen up to March 2000. That is not to say all tech stocks fared that badly. But consequently, the bubble conditions had brought a huge raft of early-stage companies to the market, expanding the growth universe at high valuations, and their falls were generally spectacular, making the correction even worse.

We are seeing a similar thing now. The Renaissance IPO Index, which measures the performance of new issues over the past two years, has shockingly halved this year (down circa 48%)2. It makes one wonder what investors were thinking when they participated in these IPOs.

Source: Fidelity International, Bloomberg, 20 May 2022. Returns for The Renaissance IPO Index and S&P 500 Index in USD.

Maybe it was partly the desire to emulate the success seen by many venture capitalists in recent years by getting in on businesses in their early stages, hoping that they would come to dominate their niches. The trouble was that many issues were priced as if they had already achieved that dominance. Just as in 2000, the market chose to ignore the threats of competition and obsolescence. (Recall the sad demises of AOL, Nokia and many others). But that thinking has now been invalidated. A bear market breaks the bones of a trend, and we are not going to get back on that track for a while.

Did we avoid the temptation to participate in new issues? Fidelity did intensive work on more than 35 flotations in the past two years. Of those we seriously looked at, we passed on over 20. These fell by an incredible 60% from issue price to the second week of May. The IPOs we thought looked interesting were massively oversubscribed and where we decided to participate, we received tiny allocations and the immediate rises in price meant there was no sense in holding on to most of them. On those issues that we sold; we saw an extraordinary gain of over 50%. Those shares are now down by an average of over 50% from our exit price. We continue to hold three IPO positions and on average these are almost at breakeven. Not a bad tally, but because the amount of investor capital we deployed in this exercise was relatively small, the contribution to our global equity strategies was modest.

We now look forward to a somewhat quieter period for new issues and more sensible valuations. We are starting to have a glimpse of a number of possible flotations that are likely to come later this year and there are some that promise both good growth potential and strong current profitability. A return to normality here will be very welcome.

Whilst valuations of growth stocks in general and technology, in particular, have not yet corrected to their longer-term averages, it looks like it is time to start looking for new opportunities amongst the long list of casualties. For most of the past two years, we have avoided most high growth stocks because we thought their valuations would probably fall over the next few years. That risk may not have gone away, but it is now less of a threat than it used to be.

We have made a start by going back on our previous work and have just recently cautiously begun to accumulate one of those new issues which had fallen from grace. And we are working our way through the wreckage in industries that people used to love and now don't. This is going to be a challenging task. As prices fall, we discover new reasons why once-favoured growth companies are perhaps not quite as attractive as we might have thought they were.

For example, looking at one field of medical technology, last week we sat down with one of our analysts to discuss genomics companies. Genomics is a fascinating area which underpins cancer detection and therapies and diagnosis of genetic disorders. This was an area that we had found intriguing last year but had been unable to square with valuations. Of the ten companies we looked at, seven were down over 60% in the year to date. This is a fast-changing industry and the competitive landscape is constantly evolving. Larger companies are involved in patent disputes and smaller companies are trying to leapfrog incumbents with better, cheaper solutions. Risks in individual names remain high and it is by no means clear we are faced with real bargains in this area.

In March we commented on some longer-term market issues. Two are worth reiterating. Firstly, technology is not the only answer. Many technology companies saw a huge acceleration of growth during the pandemic, and we need to adjust to a deceleration and in some cases a reversal now. There will certainly be many new opportunities in tech over the coming years but equally important will be how non-tech companies internalise technology and use it to their competitive advantage.

Secondly, growth is not the only way. As we have seen in the past six months, the penalty for disappointment by high rated growth stocks can be far larger than for cheaper value stocks. Even with the recent correction, growth stocks are still more expensive (against expected near term earnings) than they were five years ago and value stocks are cheaper than they were. Growth fund managers have felt the pain this year, but it is doubtful that any have really yet shifted their investment process. So while we are now getting into gear to find good growth stocks caught up in the market rout, there are still many value stocks that look attractive. It is one of those times when it appears to be best to start to look for outstanding opportunities in both growth and value camps rather than trying to hide in the middle ground.

Footnotes:
1) Source: Fidelity International, Bloomberg, 20 May 2022. Returns for NASDAQ Composite Index in USD.
2) Source: Fidelity International, Bloomberg, 20 May 2022. Returns for The Renaissance IPO Index in USD. It is a diversified portfolio of US-listed newly public companies that provides exposure to securities under-represented in broad benchmark indices. IPOs that pass a formulated screening process are weighted by float, capped at 10% and removed after two years. 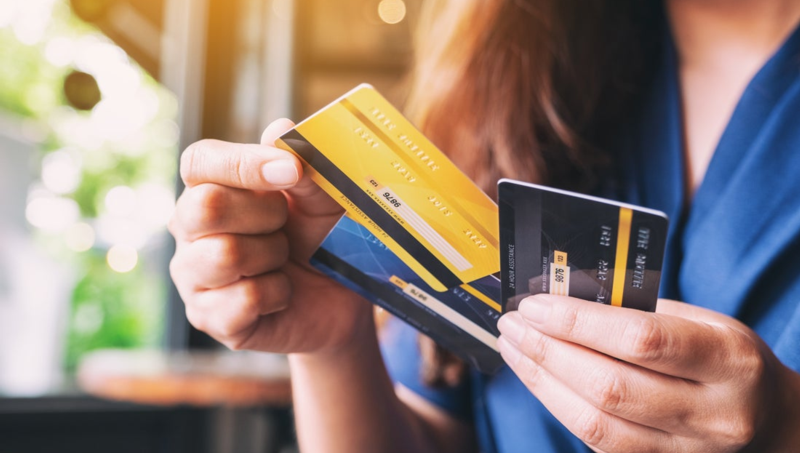 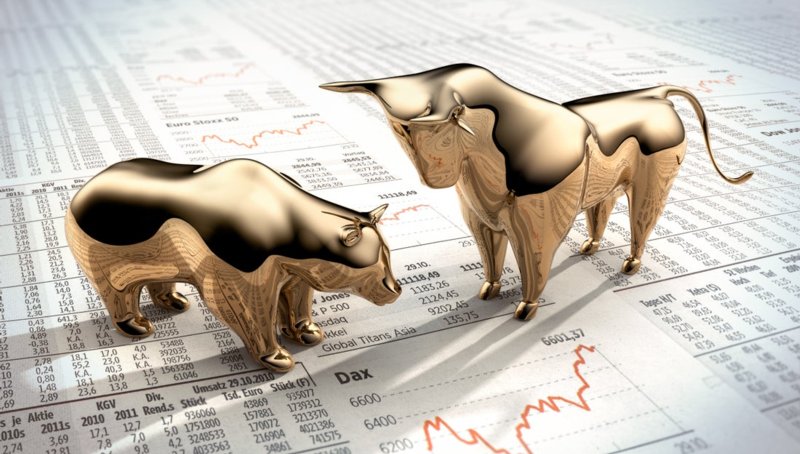 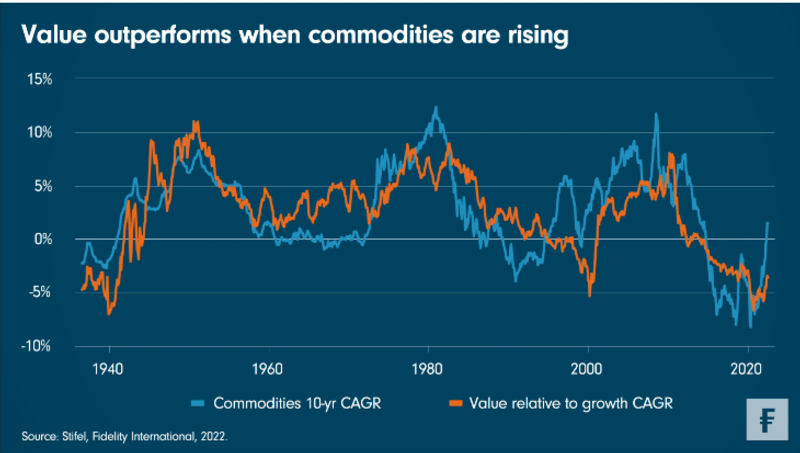 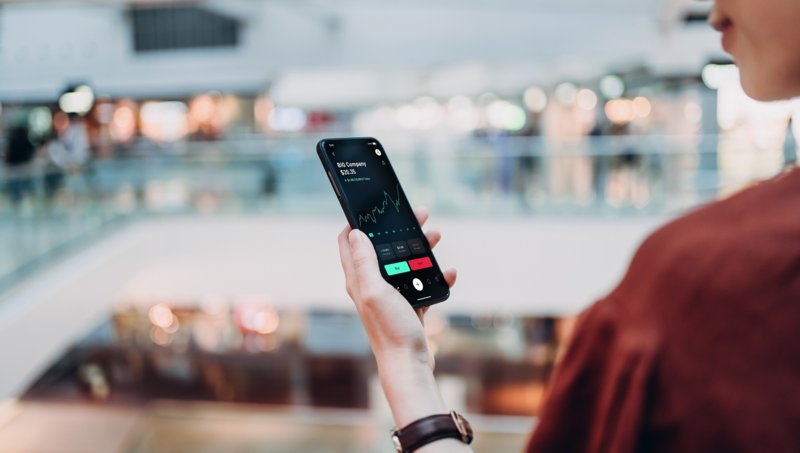